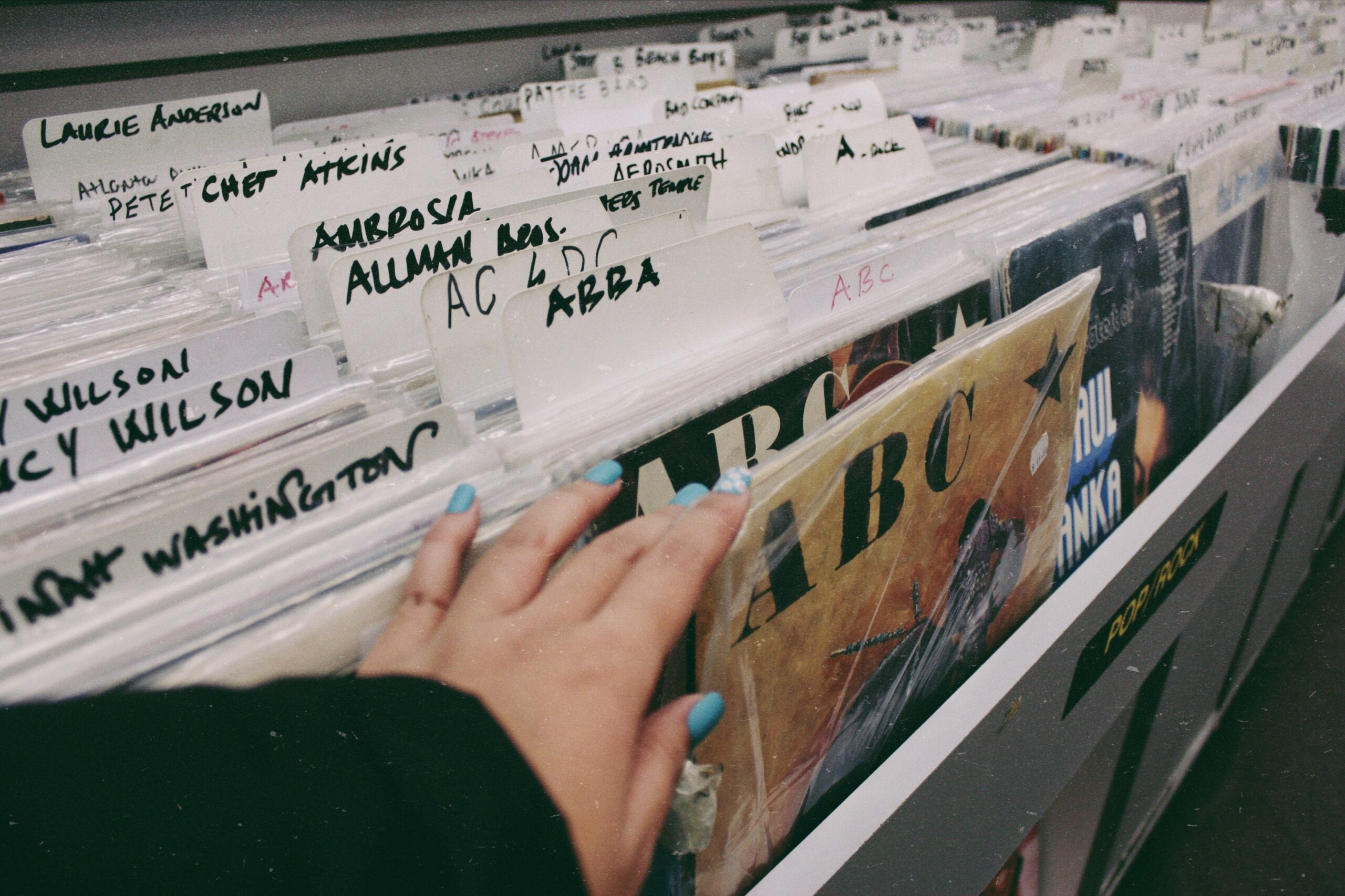 Remember that childhood alliteration chant, where you’d take turns with each letter of the alphabet, like “A: My name is Amy, I’m going to marry Adam, we’re going to sell apples and live in Atlanta.”

(And yes, all of that is my real life, except for selling apples, but who knows what the future will bring)?

Well, turns out there’s an actual, respectable literary form based on a similar principle, called an abecedary, in which the whole organizing principle is to go in order through the alphabet. Edward Gorey did one. It’s pretty grim. 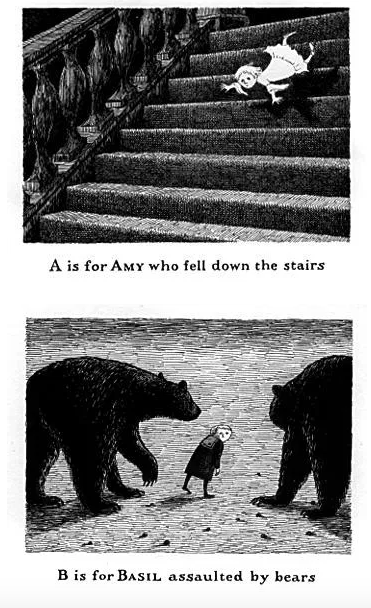 My favorite abecedary is An Alphabet for Gourmets by M.F.K. Fisher, a series of essays on food and the appetite, broadly defined, generously larded with recipes for dishes like “Duke of Cambridge Pudding” and “Frittata alla Anything-at-All.”

Ready for Your Weekly Inspiration?

Sign up today to receive Amy’s Weekly Write Away Prompts in your inbox
every Saturday morning.

Here is the first page of the Table of Contents: 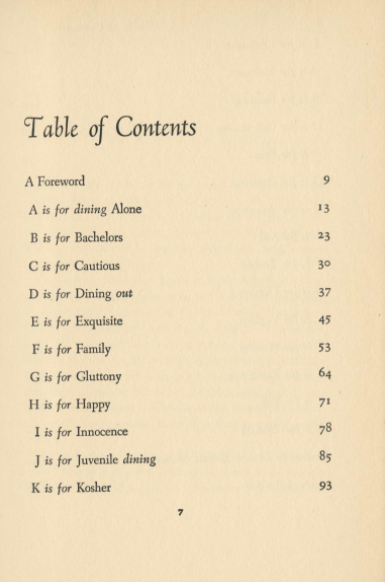 In her introduction, Fisher praises the virtues of her chosen constraint:

“The possibilities for bettering the somewhat dingy patterns of life on earth by a new interest in how best to stay our human hunger are so infinite that, to my mind at least, some such tyrannical limitations as an ABC will impose are almost requisite.”

If that doesn’t convince you to give the abecedary the old college try (more like kindergarten try, I guess, since it’s the ABCs after all), allow me: it’s a way in. It’s a way to get started. You could write a poem with every line beginning with a different letter, or you could come up with a visual abecedary like Edward Gorey. Or, like Fisher, you could come up with a theme or subject that interests you or that you know a lot about, and start an abecedary about that, with each letter a new topic within that subject.

It could be that you drop the ABC form faster than Sufjan Stevens gave up on making an album for every state. Maybe you get to D is for Deciduous and realize that’s the whole thing, that’s your subject, no time for evergreens. Or you stick with it and put Alphabet right there in the title. Sometimes, for writers, putting A on the page is a bigger hurdle than getting all the way to Z.

Studio Friend is a writing and creativity initiative run by Amy McDaniel, a teacher and writer. Enter your best contact info here for all the updates.