Saying and Not Saying: Kicking Off a Month of Dialogue Prompts 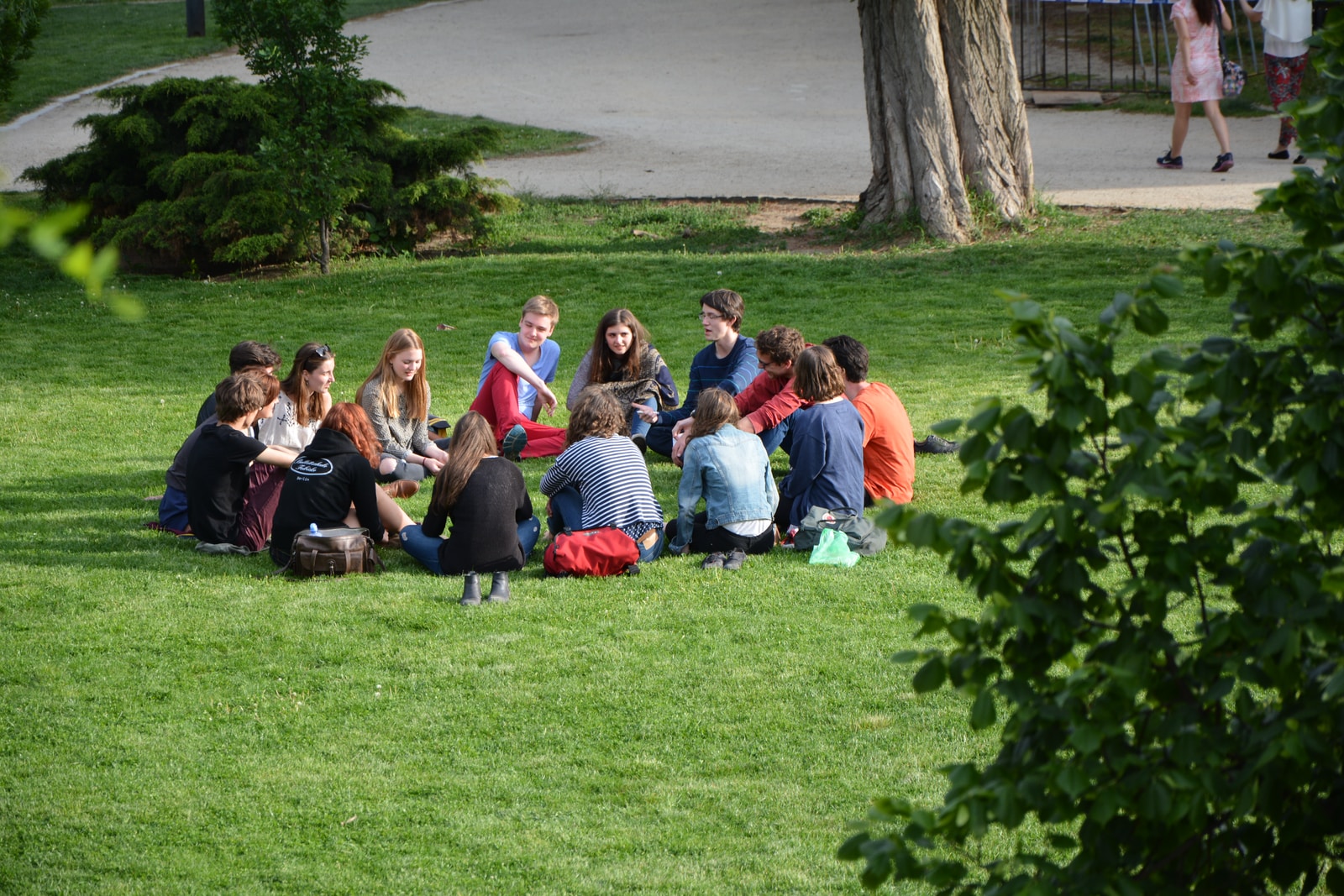 There’s so much to say about dialogue.

Bad pun, maybe, but it’s true. I planned to write one (1) prompt about dialogue, but as I got into it, and realized how much there is to cover, I decided to make dialogue the theme of the whole month of May. That’s five Write Aways on dialogue: techniques, myths and controversies, stylistic considerations, and, of course, prompts.

This week we begin with a modern classic short story, “Drinking Coffee Elsewhere” by ZZ Packer. Set on a college campus with a narrator named Dina who is, for such a dialogue-heavy story, not very chatty, this story is more than a lesson in dialogue–it’s at least a dozen lessons in dialogue. The inciting incident is an inflammatory line of dialogue that Dina delivers during an orientation event. Then, after pages of scorchingly funny dialogue (mostly from the narrator), then pages of more poignant indirect dialogue, the masterful ending is a deceptively simple line of imagined dialogue–just two words–that resonate with emotion and layers of meaning. Honestly, those two words are devastating. Heartbreaking, full of doomed hope. Of course, it takes reading the full story to get that effect, so please do.

Today I’d like to focus on three dimensions of Packer’s dialogue: revelation of character, indirect dialogue, and unsaid or imagined dialogue.

Dialogue should not be too expository. That’s a cardinal rule of dialogue that’s worth repeating. It just comes off as clunky if you use dialogue to impart explanatory information to the reader. Like, a character shouldn’t tell another character what they both already know (“Our drug-addicted younger sister, Mary, who neither of us has talked to in twenty years ago…”).

But dialogue can reveal character. In “Drinking Coffee Elsewhere,” we learn everything about Dina in the space between her interior voice and the way she speaks aloud to other characters. Out loud, she’s really mean. Filthy. Off-color. She isn’t the only character with a potty mouth, but she’s the most insistent on it. Dina’s interior voice, the one we have access to that the other characters don’t, is still a little mean, honestly, but we see how her speech is not so much a weapon as a shield, as if she’s creating a caricature of herself with her words to keep others at a distance.

Dialogue is indirect when it is described rather than being directly quoted. It might be summarized in pretty broad strokes (He threatened me repeatedly) or paraphrased almost verbatim (He said he’d huff and he’d puff and blow my house in).

In Packer’s longest segment of indirect dialogue, Dina tells her psychologist a long anecdote from her childhood after he asks her to tell him about a crush she’s had:

It was sacrifice time. If I could spend the next half hour talking about some boy, then I’d have given him what he wanted.

So I told him about the boy with the nice shoes.

I was sixteen and had spent the last few coins in my pocket on bus fare to buy groceries. I didn’t like going to the Super Fresh two blocks away from my house, plunking government food stamps into the hands of the cashiers.

Twelve more paragraphs follow, including direct, quoted dialogue within the indirect dialogue. As the story she’s telling progresses, we wonder: are we meant to think she says all this verbatim to Dr. Raeburn, or does she embroider it for the reader? Packer leaves us room to imagine how Dina delivered this long story. Did she become more earnest despite herself, of did she maintain her flinty exterior, always in control?

Then Dina cuts the story off as she’s recounting it aloud, but tells the reader how the day really ended:

I stopped the story there. Dr. Raeburn kept looking at me. “Then what happened?”

I couldn’t tell him the rest: that I had not wanted the boy to walk me home, that I didn’t want someone with such nice shoes to see where I lived.

Dr. Raeburn would only have pitied me if I’d told him that I ran down the sidewalk after I told the boy no, that I fell, the bag slipped, and the eggs cracked, their yolks running all over the lettuce. Clear amniotic fluid coated the can of cinnamon rolls. I left the bag there on the sidewalk, the groceries spilled out randomly like cards loosed from a deck. When I returned home, I told my mother that I’d lost the food stamps.

Here, the unsaid takes center stage. We learn that Dina doesn’t want Dr. Raeburn’s pity, just like she didn’t want the pity of the boy with nice shoes. In both instances–on the sidewalk, in the psychologist’s office, Dina shies away from real connection, from vulnerability. She runs away.

Dr. Raeburn then asks again what happened next, and Dina lies and says she and the boy went back to his house and made out. Dr. Raeburn pretends to believe her, but Dina worries that he won’t be satisfied: “It would be like him to trot after me, his navy blazer flapping, just to eke the truth out of me. You never kissed anyone.”

Here, after learning what Dina didn’t say, and after learning that she not only didn’t kiss the boy with nice shoes but hasn’t kissed anyone else, either, the reader is confronted with imagined dialogue: what she fears, or wishes, that Dr. Raeburn might say if he, implausibly, came after her to demand the truth.

Write into the space between what is said and what is unsaid. Try your hand at dialogue by writing a conversation in which one person holds something back or imagines the conversation going a different way. We often wish we’d said something else that we think of later, a comeback or funny rejoinder. Or we wish the other person would say something different, would speak up first and take the pressure off us. Or we regret the gap between the eloquence of what we imagined we’d say and the words that really came out of our mouths.

Try a mix of direct and indirect dialogue. Within indirect dialogue, use some broad strokes summary and some near-verbatim paraphrase. Then experiment with something that’s left unsaid, or some lines that are imagined instead of actually spoken. Those decisions will reveal character (or, if you’re writing nonfiction or poetry, persona).

Even though the example I analyzed above is a short story, this prompt should work for any genre. Even Shakespeare in his plays uses asides and soliloquys to give the audience insight into the character’s thoughts that couldn’t be expressed in the words they spoke to other characters.

For nonfiction, recount a conversation using mostly indirect dialogue. Write about a time when what you said didn’t match what you really thought or really felt, or when you couldn’t find the right words, or, like in Dina’s case, when you told a partial lie, a half-truth. Any of those ideas could be a subject of a poem, too. I love poems that include dialogue.

Later in May, we’ll look more closely at dialogue in nonfiction and poetry. For now, experiment. There’s so much to say–and not say.